Then they came in search of the finest island…

Then they came in search of the finest island… 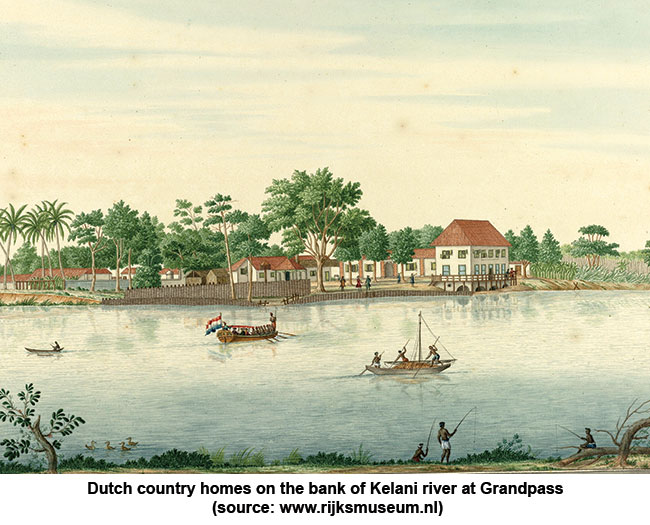 Sri Lanka has long been the dream island of many travelers from the West who engaged in intrepid voyages looking for treasures in the East. Good many of them were lured by the aroma of spices, particularly found in the island. Tales of the Arabians are fraught with the wonders of ‘Serendib’ and the mariners of the Persian Gulf have left a record of their delight in reaching the calm haven, the island of Sri Lanka. One of these narrators is ‘Sindbad the Sailor’ who made seven voyages to different parts of the world, each starting from his native Baghdad. He made his last two voyages to ‘Serendib’. In the story concerning his last voyage, there is reference to the legendry burial place of elephants in Mahapelessa in the Southern Province.

The story told by him in this regard appears to be a reiteration of the local tradition. What we could gather from this narrative is that the Arabs visited Sri Lanka regularly through the ports along the western and southern coasts in the pursuit of their trade in ivory. And Sindbad’s eye may have caught this local tradition and eventually found its way into a narrative in The Thousand and One Nights. 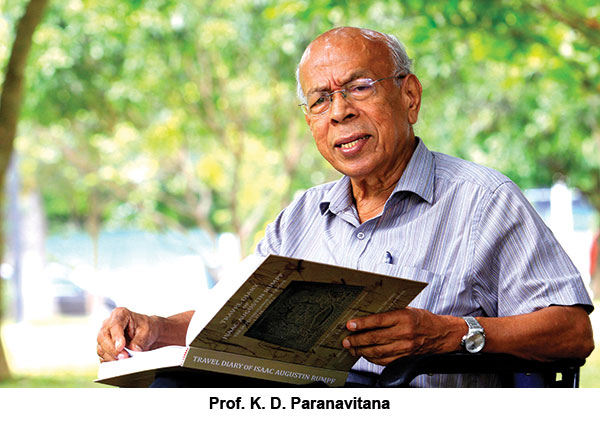 The Macedonians, who were with Alexander the Great (326 BC) in the East, took back the first accounts of Sri Lanka westwards. The Greeks discovered ‘Taprobane’ through the conquests of Seleucus Nicator, one of Alexander’s leading generals, who attempted to extend the empire towards Southern India. This ancient Greek name for Sri Lanka can be found in the writings of numerous classical authors such as Strabo, the Greek geographer, philosopher and historian and Claudius Ptolemy, the Greek cartographer, geographer and astronomer.

All these travellers were eager to find the exact position of Sri Lanka in relation to the West. Pliny came to know from the Sinhalese Ambassador who visited Rome during the reign of Claudius that the breadth of the island was 10,000 stadia from west to the east. Claudius Ptolemy who drew the first map of Sri Lanka in 150 AD, could be considered the pioneer of the island’s cartography. He went on to accumulate information from seafarers and adventurers to compile his Geographia (160 AD), his treatise on cartography.

The seafarers knew ‘Taprobane’ or the island of Sri Lanka through legend. The information collected by Ptolemy of the island was supplemented by his own knowledge of geography and geometry, so as to eliminate earlier errors especially the distance to the equator and the island’s actual shape. The map of Sri Lanka by Ptolemy is of great importance in gauging the shape and size of the island. It was not just the first but the only map of the island until the commencement of European expansion in the early 15th century. 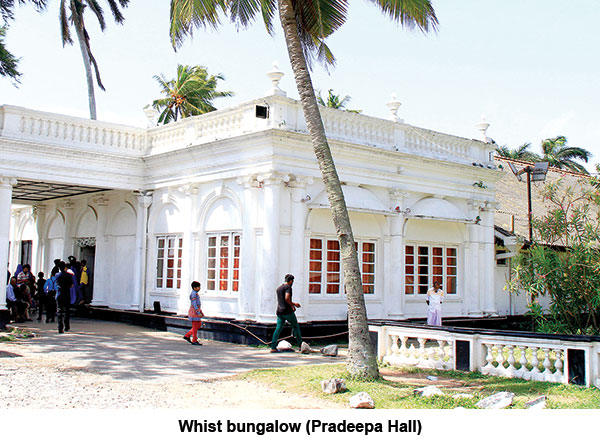 Marco Polo states, ‘it is undoubtedly the finest island of its size in the whole world’ and Giovanni de Marignolli wrote that it is ‘forty leagues from paradise.’

Arthasastra by Kautilya refers to Sri Lanka as the ‘Parasamudra’, later adopted by western writers as ‘Palaesimundu’. Others called it ‘Serendib’ or ‘Ceilan’ based on the term ‘Sihaladvipa’.

The advent of the Portuguese to the East, heightened the importance of the region by expanding the prospects of trade covering oriental luxuries of silks, porcelain and lacquer works of China, with possible combination of Sri Lankan spices and those in the Indonesian Archipelago. The Dutch merchant in the service of the Portuguese in Goa, Jan Huyghen van Linschoten, observed in 1596, “the cinnamon of the island of Ceylon is the best and finest in the world, and is at least three times dearer in price.”

The Portuguese gave a tremendous market value and fame to Sri Lankan cinnamon which made precedent to other European traders as very aptly condensed in the expression, ‘Sri Lankan cinnamon is the bride around whom they all danced’.

One of the earliest Dutch Governors of Sri Lanka, Rijcklof van Goens (Sr.) in preparing his first set of instructions to his successor, alluded to the island as “… a valuable jewel among the possessions of the Company…” Governor Jan Schreuder acknowledged the benefit of the island’s large territory and remarked in his memoir that, “there is no place or a comptoir in the whole of the west of the Indies where the Company possesses so much territory of its own and of which [we] are sole masters to such a degree as here [Sri Lanka].

Governor Willem Baron Imhoff remarked in his memoir that, “the government which I resign to you is an extensive and an important one. It covers a considerable area of territorial possessions of the Dutch in the East and perhaps among all these, there are few of the same consideration, either in India or in Europe”.

Sri Lanka in the eyes of the Dutch Governor Petrus Vuijst who governed the maritime districts of the island at the end of the second decade of the eighteenth century, was quite the opposite. Soon after he landed at the Colombo Harbour to assume duties of Governor, responding to his councillors, covering one of his eyes said, ‘Oh! dear friends, I can govern this tiny island even using one eye’. His rule here was tyrannical and as a result was recalled by the High Government in Batavia where he was tried on criminal charges. After the trial, he was put to death and remains were thrown into the sea. Nevertheless, his country residence, Whist bangalawa in Mutuwal still stands overlooking the Kelani river. The building is known as Pradeepa Hall today. 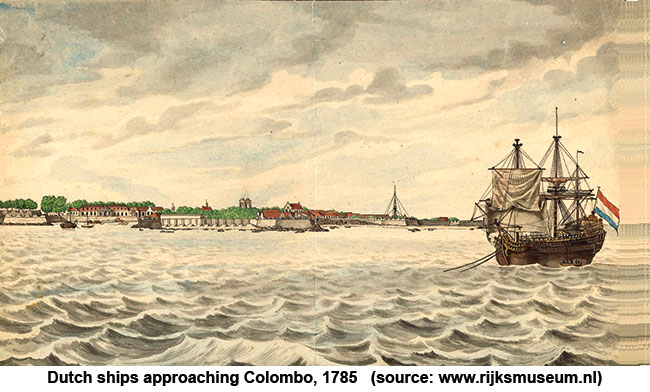 One of the earliest writers on 19th century Sri Lanka was Captain Thomas Ajax Anderson. His famous work The Wanderer in Ceylon, was published in London in 1817, in which he wrote poems on varied subjects and places of the country.

Next was a the French scholar Eugene Burnouf, who, in his memoir refers to the island as ‘Lank’.

Apart from the Ramayana, he uses other ancient Indian treaties, and medieval documents which refer to a land called ‘Lank’.

Burnouf’s memoir provides us one of the first scientific inquiries whether these Indian texts were actually referring to Sri Lanka.

The second name Burnouf gives the island is ‘Thamraparna’ or ‘Thamraparni.’ In order to establish its original meaning he analyses the word in Pali and in Sanskrit and explains each syllable of the word. In doing so, he refers to the Sinhalese dictionary of Rev. Benjamin Clough and also to the Mahavamsa, the Rajaratnakarya, and the Rajavaliya. ‘Thamraparni’ is the place where Prince Vijaya is said to have landed and which he later made his capital. The whole island subsequently came to bear the same name. This name was used between 543 BC and 505 BC.

A few decades later, Burnouf’s memoir influenced James Emerson Tennent, the British Civil Servant, who, in his monumental work on Ceylon, published in London in 1859 documents, ‘there is no island in the world, Great Britain itself not excepted, that has extracted the attention of authors in so many different countries as Ceylon,’ and goes on to say further that, ‘there is no nation in the ancient or modern times possessed of a language and literature, the writers of which have not at some time made it their theme’.

The writer is a historian and an authority on the Dutch culture. He is the one time Deputy Director of National Archives and has authored many books and contributed widely to international journals