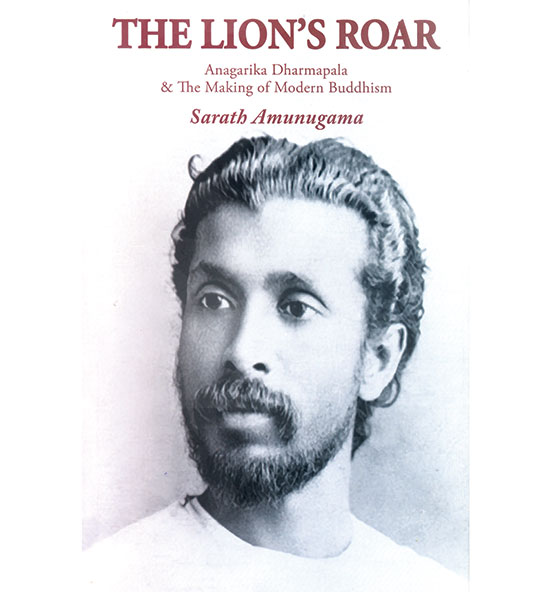 For most Sri Lankans, the name of Anagarika Dharmapala conjures up the image of a man who fervently fought to secure the rights for Buddhists at a time when decades of colonial rule had eroded the significant place that Buddhism had held in the country prior to the arrival of the European colonizers. His fight to safeguard the rights of Buddhists and Buddhism took him across the seas, not only to Europe and America but also to India where he spent more than four decades fighting to reclaim Buddha Gaya for the Buddhists. His larger than life persona is deeply embedded in the collective conscience of Sri Lankan Buddhists for whom he was a redeemer at a time their spirits were at low ebb but he is also a controversial figure known for his hardline views on minorities and his propagation of a militant form of Buddhism. Hence anyone making a serious case study on Anagaraika Dharmapala has to be mindful of dissecting the historically important role he played on behalf of the Buddhism while exploring the grey areas that has left him open to criticism for the militant attitude with which he went forth.

Sarath Amunugama who is well known as a politician and lesser known for his talents as a writer has taken on this daunting task in his book, The Lion’s Roar – Anagarika Dharmapala & the Making of Modern Buddhism and brought forth new material to piece together an intimate portrayal of Dharmapala.

Amunugma was eight when he first learnt about Anagarika Dharmapala during a visit to a carnival around the time of the annual Esala festival in Kandy in the company of his father. He writes about the experience in his book. “He bought me a ticket to a “Lantern Show” that was drawing large crowds. When my turn came I peeped through the lens and saw a series of coloured slides of Buddha Gaya, the Mulagandhakuti in Sarnath, some famous Buddhist sites in India and finally a slide of a handsome middle aged man in a yellow dress. That was Anagarika Dharmapala.”

Anagarika Dharmapala (1864-1933) was born Don David Hewavitarane to an upwardly mobile Sinhala merchant devout Buddhist family and turned his intellectual pursuits to Buddhism in his late teenage years and became an early convert to Theosophy after his acquaintance with Colonel Henry Steel Olcott and Madame Blavatsky, founders of the Theosophical Society in New York, who arrived in Sri Lanka in 1880.

Of Dharmapala’s dedication to espouse the cause of Buddhism, the author writes. “Dharmapala’s whole adult life, and considerable wealth and effort were devoted to the Buddhist cause. He was L’homme engage of modern Buddhism. The Buddhists resistance threw up many scholars, polemicists, philosophers, philanthropists and charlatans, but Dharmapala, like his early mentor, Colonel Henry Steel Olcott ……….was both a man of action and a religious philosopher.”

Central to his cause was Dharmapala’s indefatigable four decade long struggle to claim ownership of the Mahabodhi site located in Buddha Gaya in India, the place where Siddhartha Gautama attained enlightenment. “In 1891, on his very first visit to this sacred site at the age of twenty seven, he wowed to reclaim it for the Buddhists. Buddha Gaya was then in the hands of Hindu custodians known as Mahants.”

Dharmapala’s bold attempts to get a foothold in Buddha Gaya led to legal wrangle , the result of which is the “great case” which ended in a judgment against him in the High Court of Calcutta .Quoting from the diaries of Dharmapala, Amunugama writes that losing the court action led to personal trauma with him writing about the time “when all deserted me in 1895.” “He reacted by donning the yellow robe of the Anagarika” as he called it and shifted his focus from India to his native land where he involved himself in the nationalist movement.

What set Dharmapala aside from the other leaders of Sri Lanka at the time was the radical nature of his protests. “While other Ceylonese leaders were often non-confrontational, Dharmapala severely criticized the British rule and accused Christian missionaries of subverting Buddhism and Sinhalese culture.”

He also gave leadership to the Temperance Movement in the country with one of his consistence attacks on the Colonial regime for perpetuating poverty and degradation of the Sinhalese by its encouragement of consumption of alcohol.

He also established the Sinhala Bauddhaya newspaper and appointed as it’s editor another Buddhist revivalist Piyadasa Sirisena much to the displeasure of the British rulers as well as the Sinhalese elites who did not endorse the ‘Dharmapalian’ mode of resistance.

Amunugma writes, “Anagarika Dharmapala and Piyadasa Sirisena were leading ideologues of the Buddhist revival of Sri Lanka. Their success as communicators of a revivalist ideology was due largely to the fluency with which they manipulated traditional symbols. They were also quick to respond to the new technological and social milieu created under colonialism.”

Amunugama also writes on Dharmapala and his critics. “Throughout his career, Dharmapala had to face critics not only from the British administration and missionaries but also Sinhala Buddhist organizations and their leaders.”

Dharmapala was in Calcutta when the 1915 riots broke out in Sri Lanka and was not permitted to leave Calcutta from June 1915 to 1920. His last visit to Sri Lanka was in early 1931. He returned to India in July that year, and was ordained as a Buddhist monk and took the name of Sri Devamitta Dhammapala. He died at Sarnath on April 29th, 1933 at the age of 68.

Many biographers on Dharmapala have concluded that his wish was to be reborn in a Brahmin family in Benares to carry on his work as a Buddhist missionary. Amunugama quotes from Dharmapala’s writings in which illustrates he felt otherwise about his rebirth. “It seems, foolish, one thinks, to say, I will be born again and that in a Brahmin family to continue the work that I started in Isipathana. It will be a mere repetition of the experiences of this life, alone with no one to cooperate and eventual disappointment.”

As Professor of History Emeritus of the University Of Peradeniya Kingsly De Silva writes on the Lion’s Roar,” Scholars have reacted to Dharmapala in one of the two ways; some are clearly admirers, and others are unduly critical. Neither of these categories has made a serious effort to study him against the historical background in which he merged and worked. A long awaited biography by Sarath Amunugama fills this gap.”