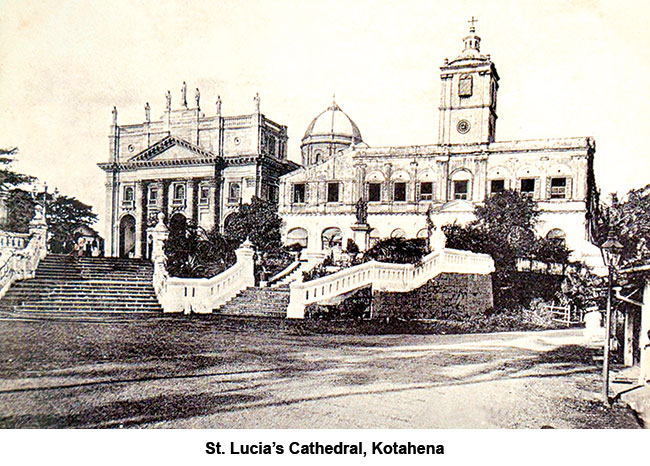 The religious history of the island of Sri Lanka could be traced as far back as history records. The earliest religion found in the island was a crude form of animism. Buddhism was introduced to the island in the third century BC and was followed by Hinduism a few centuries later. At the beginning of the sixteenth century, in 1505-06, the Portuguese established their first contacts with the island and twelve years later they established a fortified trading settlement in Colombo.

The Portuguese rule in the littoral of the island reached the zenith of its prosperity at the end of the sixteenth century. The Portuguese architecture, however, has left some landmarks in the island in the form of forts and churches. The entire structure of the Portuguese rule was overrun by the Dutch between 1640 and 1658 who supplanted the Roman Catholic Church and established the Dutch Reformed Church. The Dutch ruled the littoral of the island for much longer period than the Portuguese and left a substantial legacy in their architecture. They either renovated the Portuguese buildings according to their style or destroyed them entirely in order to construct anew. The Dutch were zealous in introducing their style and fashion vogue in The Netherlands at that time into their settlements in the east. Thus, the Dutch built beautifully proportioned churches, simple in outline and plain in form. 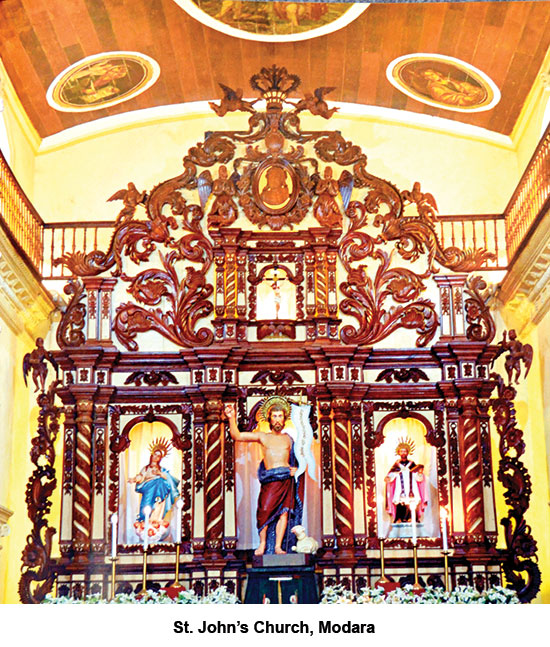 During the early days of the Dutch administration, steps were taken to renovate the Portuguese church of St. Francis to keep it in harmony with the tenets of the Dutch Reformed Faith. When renovations were completed, this church became the Church of the State in Colombo which eventually became a property of the Dutch East India Company. As time went on, the church came to be crowded with extensions such as crypts and vaults to accommodate the remains of the dead. John Wolfgang Heydt, a German traveler who was in Colombo in 1734 had stated in his travelogue that the walls of the renovated Portuguese church were built of Cabook and about four feet thick. During his sojourn in Colombo he had also experienced the damages caused to the building due to the long monsoon rains and recorded that early in the morning “half of it fell in with a terrifying noise”. The church was temporarily repaired by Governor Gustaf Willem Baron van Imhoff in 1736. He informed the authorities in Batavia where the Head Quarters of the eastern administration of the Dutch East India Company was located on the plight of the church and requested the authorities in Batavia for the construction of a new church to replace the old one.

During the tenure of office of the Governor Julius Stein van Gollenesse (1743-51), the request to build a new church was granted. By then he was ready with a plan and a site for the new church. He had picked Wolvendaal hill as the location for the new church to make it a magnificent building that could be viewed from all sides of Colombo.

Above the massive doorway of the Wolvendaal church which faces Pettah and Fort displays the date A. D. 1749, the year in which the foundation was laid for the building. The foundation of the church is in the cruciform with lofty gables on north-south and east-west directions. The roof of the church was constructed in two tiers and the central dome looks quite apart in the form of a lantern. The roof of the church was damaged in 1856 and was entirely replaced with a timber structure. The Wolvendaal church is one of the finest examples of the Dutch church buildings in the island. 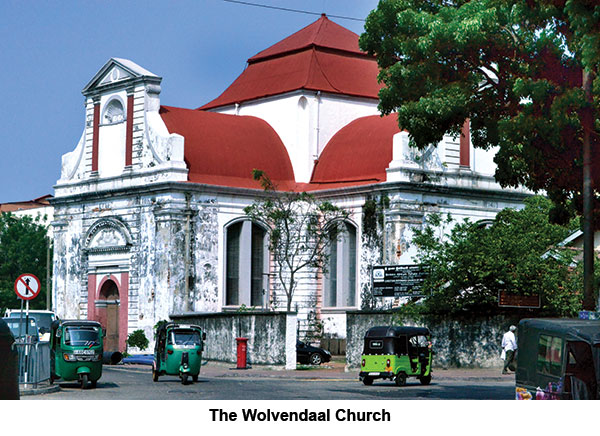 The uniqueness of this building is that it contains no pillars inside to support the roof. The arches and domes evidently evolved from the Gothic style combining grandeur and simplicity to this massive construction.

The pulpit of the church is also a splendid creation which had acquired substantially from the Sri Lankan national wood carving tradition. The canopy of the pulpit with rib-bands surrounded by hanging tussles represent the par excellence of the craftsmanship.

The Baptistery and Lectern placed below the pulpit the tripod of the Baptistery is exquisitely carved and the silver baptismal basin which was used on the tripod is two feet in diameter. When the Dutch used the original Portuguese church in Fort at the time of the commencement of their rule, Governor Rijckloff van Goens gifted the carved baptismal stand together with a unique silver Communion Service. Each piece is carefully designed and indicated in the reverse its weight in rix dollars or in Surat Rupees. The visitors to the Wolvendaal Church could see these three centuries old church silver even today after consulting the Head of the Dutch Reformed Church whose office is now located in Wellawatta.

The Wolvendaal Church was the principal place of worship in Colombo for the Dutch during their rule and later for the British for some time. The church has the capacity of accommodating approximately 500 devotees at a time and has special pews provided for the Governor and high officials on the right opposite corner of the pulpit.

The church is also in possession of a considerable archives originated from the activities of the church Council, Classes and National Synods. These documents are dating back to mid seventeenth century. The most important set of records are the Baptismal, Marriage and Death registers which provide valuable information to the people even today.

There is also a large collection of artistically carved tombstones paved to the floor inside the church. The carvings on the tombstones indicate the skills of the craftsmen engaged in that work. The tombstones which were in the cemetery in Pettah were also recently moved to the Wolvendaal Church premises and they are now placed behind the main building. The details regarding those tombstones are available in the work Tombstones and Monuments in Ceylon by J. P. Lewis.

There are several striking church edifices constructed during the British times. Out of them one of the oldest is the St. John’s Church at Modara. It was originally built in 1816 and later reconstructed in 1846. This church predominantly serves the Sinhala catholic congregation engaged in fishing and employed in the Colombo harbour. The facade of the church is finely ornate with Dutch style simple gables. The entire building resembles the influence of the contemporary Dutch architecture.

St. Lucia’s Cathedral at Kotahena had been built upon a place of worship that existed during the times of the Dutch. In 1782 the former church was replaced by a larger and more permanent structure made of stone. After the restoration of Civil Liberty by the British in 1820 the Oratorian made their headquarters in Kotahena. In 1834 Sri Lanka was separated from the jurisdiction of the Archbishop of Goa and the first Vicar-Apostolic was appointed. Then St. Lucia’s became the first Cathedral in Sri Lanka.

The construction work of the present Cathedral began in 1873 and completed in 1902 taking almost 30 years to complete. The Cathedral is finely positioned within a large open square in front. St. Lucia’s nears a close resemblance to the Principal Church of Roman Catholicism, St. Peter’s Basilica in the city of Vatican.