bastions and walls of coral and lime

bastions and walls of coral and lime 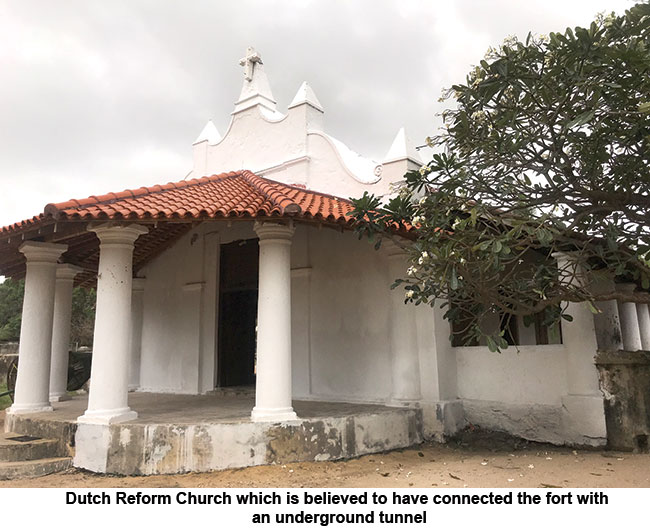 If only its four bastions and coral and lime which make up the walls could talk….Zealously guarding the entry point to the Puttalam lagoon, the Kalpitiya Fort played a pivotal role in the trade of cinnamon which the Dutch colonizers could not afford to compromise. With the knowledge of many a ship that were launched in search of world’s best cinnamon, the Dutch fortified the possible entry points to the island by rival sea faring nations. Kalpitiya Fort, with its singular entrance, a feature which makes it distinct from its other counterparts, still mirrors the might of the Dutch even centuries after its original ‘utility value’ had become obsolete.

The Fort comes under the purview of the SL Navy today which is responsible for its maintenance. Visitors are enabled an informed tour of the Fort by SL Navy personnel who accompany them. The remnants of the Kalpitiya Fort facing the Puttalam lagoon form a picture of a ‘faraway land’ with its yellow bricked entrance arch and the pediment (the triangular part crowning front of building in Grecian style specially over the portico, similarly used in same or some other form in Roman and Renaissance styles. This would have been the preferred façade for Kalpitiya Fort) in the shape of a pandol with the belfry at the top. The yellow bricks, as the placard at the entrance to the Fort claims, are believed to have been brought down all the way from Holland. It further says: ‘the layout itself is very simple. The Fort has four bastions with the two on the lagoon side being smaller than the two on the land side. The walls are massive where the Dutch had used coral and lime stone from the sea and sand and soil from the land.’ The walls are about 13 ft. high. The VOC emblem of the Dutch East India Company is still preserved at the entrance and the two elephants, probably symbolizing the lucrative elephant trade in nearby Vanni region that accompany it represent strength according to the historical sources and the palm tree is a metaphor for the fertility of the region. 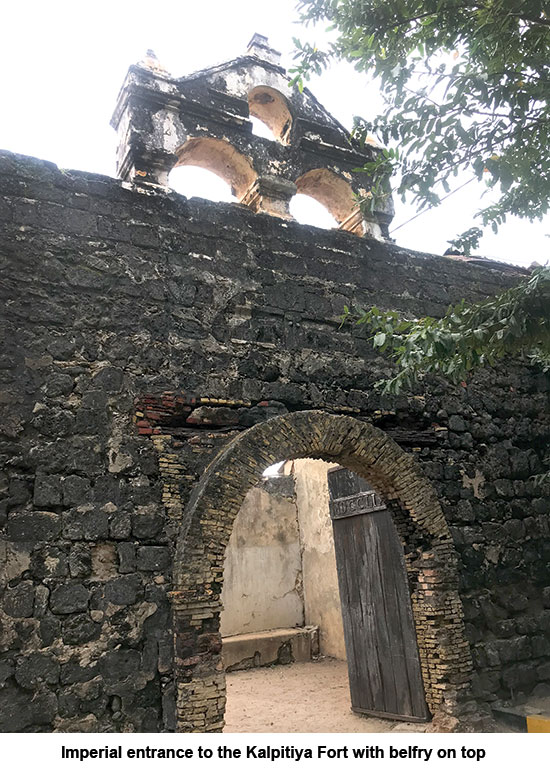 Kalpitiya was strategically crucial for the Dutch East India Company as it enabled them to take charge of the external trade of the Kandyan Kingdom of the time. This they achieved by wielding authority over the large Muslim trading community of the area- those of Arab descent.

As historian and an authority on the Dutch period in Sri Lanka, Prof. K.D. Paranavitana says, Kalpitiya Fort was also crucial for the Dutch to control the flourishing smuggling trade (including South Indian textiles) with Kandy and to keep an eye on the saltpans in Puttalam over which the Dutch and Sinhalese constantly strove. “The Fort which sits at the tip of the log arm of land provided safe sailing up and down. No traffic in or out through the 20-mile long Puttalam lagoon could pass it unsupervised at this point,” notes the historian. The gables of the structures which remain within Kalpitiya Fort are similar to a church. This architecture was by no means a coincident but tactfully engineered by the Dutch rulers to dissuade enemies. The Fort which began its construction in 1666 was completed in 1676. 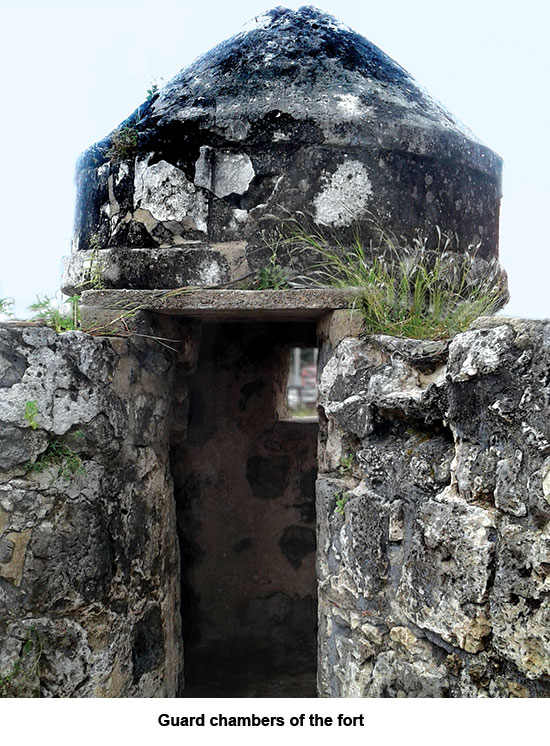 Although relatively a small fort in comparison to the Galle and Colombo Forts, architecturally, Kalpitiya Fort is a fine creation, replete with its underground tunnels and a water supply to the residents within it. As Prof. Paranavitana notes, the Dutch built the Kalpitiya Fort, enclosing an old Portuguese church incorporating it into the north barrack block. They built a garrison church outside the fort that served relatively small Dutch Reform Church congregation.

Though only one access point to the fort is visible, it is learnt that there had been two tunnels which could be used in case of a withdrawal. While one had led to the sea, the other is believed to have led to theDutch Reform Church about 400 m away from the fort. These tunnels are blocked now and are in disuse. With the arrival of the British, Kalpitiya Fort was subsequently surrendered to them and the British too largely exploited its strategic location for trading purpose along with the Mannar Fort.