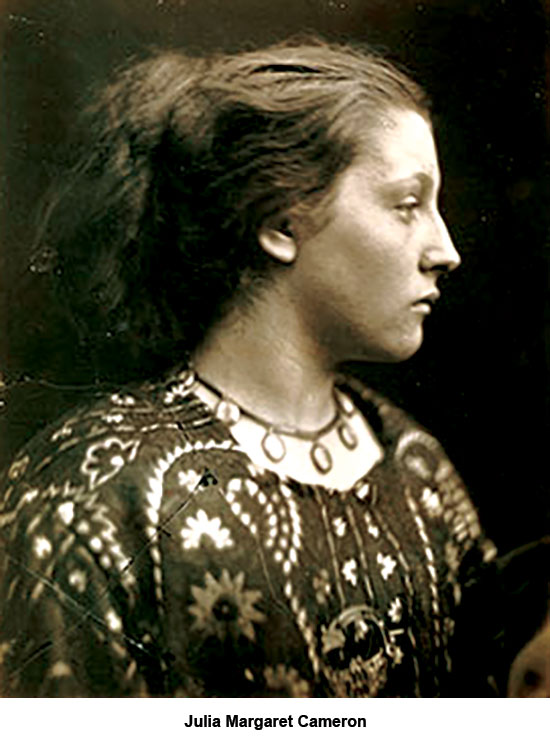 The beginning of the photography in Sri Lanka was more or less allied to the developments in this field that took place in England during the late 1850s. The Ferguson’s Ceylon Directory, which commenced in 1858, contains a note in its Table of Events which states “Photographic art was first introduced in Ceylon by J. Parting on 24th June, 1856”. It could be assumed, therefore, that this new ‘art’ came to be used in Sri Lanka within a short period of 17 years after its invention in Europe.

Photography is an important media to keep record of events. It is complementary to the recorded information and also contributes in its own as a source of historical evidence. Photographs as archival material, may be more accurate than any recorded description. The old prints, therefore, play a very important role in historical research and in visual representations of events or persons.

Arnold Wright in his Twentieth Century Impressions of Ceylon [1907] records that “In those days [1850s] the only system of photography was the daguerreotype, by which the photograph was taken upon a silver sensitized plate and developed by being fumed in ammonia. Customers had to pay as much as two guineas for a single photograph as there was no system of printing or reproduction”. In the process of making a collodion print, a suitable sheet of glass was first hand-coated with a thin film of collodion containing potassium iodide. Then it was sensitized on the spot with silver nitrate. This kind of plate had to be exposed to light while it was wet and was found to be more convenient than the previous process as exposure time ranged few seconds to a minute or two.” 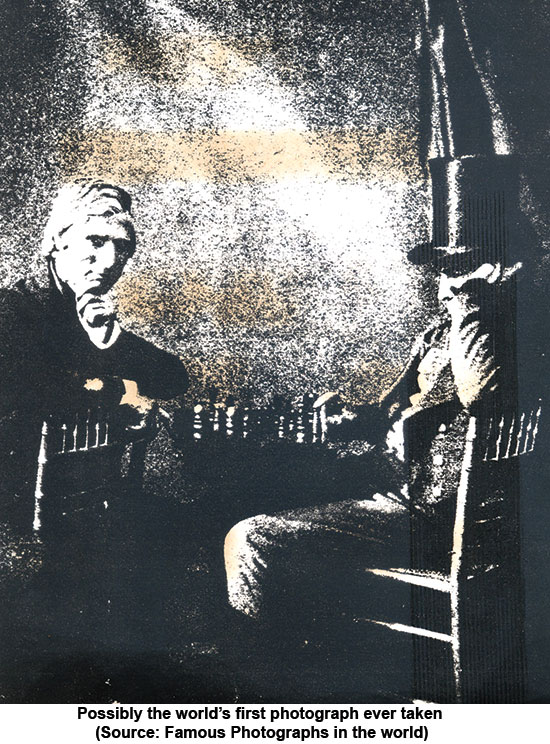 The beginning of the photography in Sri Lanka was more or less allied to the developments in this field that took place in England during the late 1850s. The Ferguson’s Ceylon Directory, which commenced in 1858, contains a note in its Table of Events which states “Photographic art was first introduced in Ceylon by J. Parting on 24th June, 1856”. It could be assumed, therefore, that this new ‘art’ came to be used in Sri Lanka within a short period of 17 years after its invention in Europe. The Ceylon Almanac for 1855 describes the profession of Parting as “Watchmaker and Daguerreotypist” whereas the same publication for 1860 records that the profession of Parting was “Photographer and Watchmaker”.

J. Parting, therefore, could be considered as the pioneer who adopted the daguerreotype process in his photographic work in Sri Lanka. Parting was not only credited with having introduced photography to Sri Lanka, he was also commissioned as the official photographer to record the occasion of cutting the first sod for the railway on 03rd August, 1858.

G. F. Perera, railway historian in his work on the ‘Ceylon Railway’, notes that, “this official had a very important business to perform, no less a business than the production of a picture of a scene which could not be repeated and which was to mark an important event in the history of the island”. G. F. Perera quoting from a contemporary newspaper record from the Observer states that “Mr. Parting’s effort, however, turned out a complete failure. The most prominent feature in the fore-ground was found to be the back view of the lady with a ‘most portentous breadth of crinoline culminating in a bonnet of delightful minuteness’. Another picture was taken when only ‘ladies that could be kept in order were permitted to be present’. The photographic establishment of Mr. Parting was purchased by William Skeen, then the Government Printer, for his son William Louis Henry Slinn Skeen. ‘The Adam’s Peak: the legendary traditional and historic notices of the Samanala and Sri Pada with the descriptive account of the pilgrim’s route from Colombo to the foot-print’, a pioneering work of William Skeen was later published by W. L. H. Skeen in 1870.

Skeen included some of his prints into his publication, The Knuckles and Other Poems. The construction of the Ceylon railway between 1860s and 1890s and Colombo Break-water in 1880 attracted him very much and produced good number of prints. Skeen had the opportunity of being the official photographer to the visit of Duke of Edinburgh in 1870. This firm later took over the business under the name F. Skeen & Co. It ceased to exist when stock was taken over by Plâté & Co. in 1920.

The Colombo Apothecaries was a mercantile concern owned by H. W. Smith and James Smith Finlay located at the De Soysa Building in Slave Island in Colombo in 1883. The company got its registered name ‘Colombo Apothecaries’ and opened a photographic business in Kandy, where climatic influences are more propitious for high-class work than Colombo. This studio produced thousands of Ceylon views and sent to all parts of the world. They include representations of the famous Buried Cities of Ceylon and some of the photos previously published by Skeen.

Apart from the photographic firms referred to above, Adolphus William Andree had opened a small studio at his residence in Norris Road, Colombo named as Hopetoun Studio. While he was there, Andree photographed Prince of Wales and his bride when they visited Ceylon in 1901. 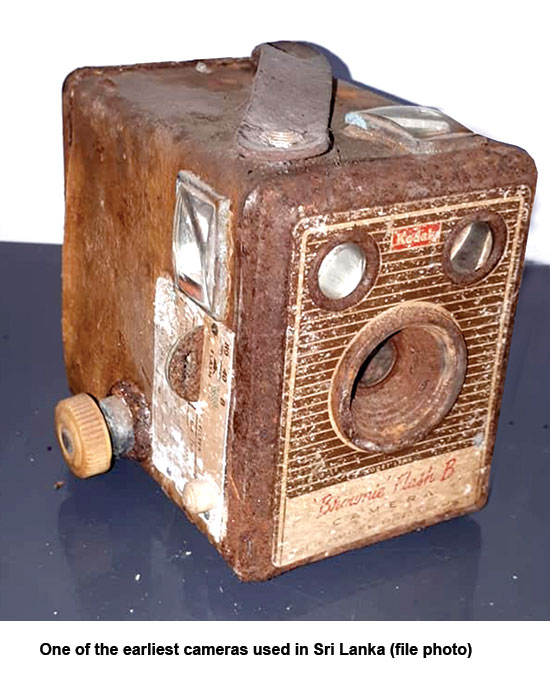 Andree’s photographs were then much cheaper and six copies of small prints ‘highly enamelled and mounted on beautiful granulated plate, which with sunk mounts’ were available for one rupee. Six copies on the permanent platinotype process ‘warranted and never fade’ were available at the cost of two rupees.

Andree was the first to take flashlight photographs. Certainly, there were no flash bulbs at the time or electronic flashes as photographers now use. The artificial light had to be obtained by using magnesium flash powder, often with explosive results. When Andree took a flashlight photograph of the Bloomfield Ball at the Public Hall, [later the Empire Theatre and now built up on with a new building at Braybrook Place,] the magnesium powder exploded a little prematurely and shook the hall. The jittery dancers jumped to safety but happily for everyone the picture was a success.

Andree was a close friend of Justice H. L. Wendt, who was an amateur photographer and sent his son Lionel to learn the first lessons in photography from Andree at the age of ten. This boy, Lionel Wendt later revolutionized photography in Sri Lanka.

A. W. A. Plâté opened his photographic studio in 1890 in the Bristol Hotel in Colombo, Fort and later shifted to Colpetty in 1892 having its headquarters there. Plate was the first photographic firm established in the 20th Century, with extensive work-rooms, dark-rooms, show-rooms, and other adjuncts to a photographic establishment. This was considered to be one of the finest of its kind in the East. Plâté had branches in Nuwara Eliya and in Queen’s Hotel in Kandy. The firm became a limited private company in 1900 and the business was enlarged to concentrate on supplying of photographic apparatus and material. In 1907, the output of picture postcards by Plâté exceeded half a million.

Julia Margaret Cameron, a lady who selected photography as her hobby which was unusual at that time for a woman, made a remarkable contribution to the photography in Sri Lanka. She was the wife of famous Charles Hay Cameron who with Colebrook converted the British Colonial Military administration in Ceylon to a civil administration by establishing the Legislative Council in 1832. Mrs. Cameron made a considerable number of portraits of men including Tennyson, Darwin, Carlyle, Browning, Herschel and a host of others. Some of her photographs are still preserved in the National Museum in Colombo. The photographs made by Mrs. Cameron are valued not only because of the famous men who posed for her but also for their artistry and technical perfection with which she ensured effects of light and shade. Those works are some of the distinguished achievements of one of the pioneer photographers in Sri Lanka.

The present collections of 19th century photographic prints of Sri Lanka are scattered in several institutions including the Department of National Archives, Department of Archaeology, Department of National Museums (Library) and in some private collections. The available sources are inadequate to build up a good cross section of 19th century prints ranging from the best to the worst or experimental to aesthetic or generally representing the different techniques. However, the albums of old photographs have a curious power to stir the historical imagination. There is nothing quite like these sallow faded prints for communicating the sense of a past period and the flavour and perfume of a vanished world.