Mud-bedecked hands in which sapphires sparkle

Mud-bedecked hands in which sapphires sparkle 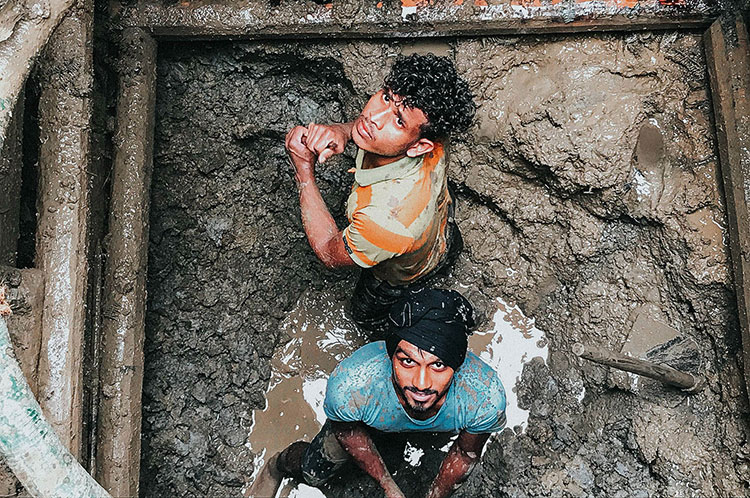 Randima Attygalle visits the deep tunnel gem mines in Pelmadulla, off Ratnapura nestled among lush paddy fields where a miner’s life is a far cry from the glitter of precious gems they unearth from them…

Our sapphires, rubies, amethysts, garnets and many more have adorned the crowns of kings and queens from faraway lands. We are fittingly titled ‘Rathna-dweepa’ or the land of gems claiming 70 varieties out of around 200 known gemstone varieties in the world. While the explorers chronicled the beauty of these nature’s dazzling gifts our fertile land is blessed with, ships were launched by emperors in distant quarters in search of them. No ambassador to the country was sent back home without a gift of a gem by our ancient monarchs. Yet the story behind every sapphire-bedecked crown and ruby-studded earring is not as shimmering as the gems they bear. For the miners who plunge into the dark abyss in search of their illama (gem-bearing gravel), life is an everyday battle. 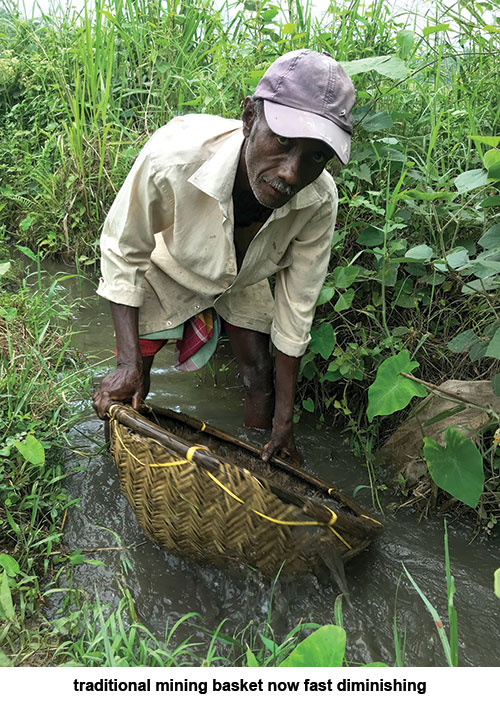 The whiff of the pathal batha (lunch made for the miners) in making, greets us enticing a visitor to have a bite. K.Nandasiri, the cook for the day, peels off onions and potatoes to add flavour to the karawala hodda (dry fish curry) on the hearth. In tune with atypical Sri Lankan hospitality, he offers us to be his guests. A simple cup of kahata awaits his fellow men that emerge from the deep tunnel mine locally dubbed donawa, for their mid-day break.

The Sri Lankan skill is at its best where gem mines are excavated. The gem miners put jugglers to shame in their exercise of excavating the mine. The dug out soil is piled into small wicker baskets and tossed up to the men above the pit. They empty the baskets and drop them back in a rhythm, mimicking a relay in motion. The walls of the mine are supported by wooden structures made out of rubber timber. These, as the head baasunnehe or the leader of the mine explains to us, prevent the soil layers from collapsing. The paddy-field associated foliage or meewana is used to cement the structures together. The mines which are of varying depth, some as deep as 40 ft, are sometimes inter connected through tunnel systems. “There are instances when the miners who go deep in search of illama end up in abandoned mines in close proximity,” says the head miner, adding that, locating the best ground for mines is determined by their instinct. Their years of experience with the character of the region’s soil, lends them this ‘sixth sense’ to identify the potential mines. 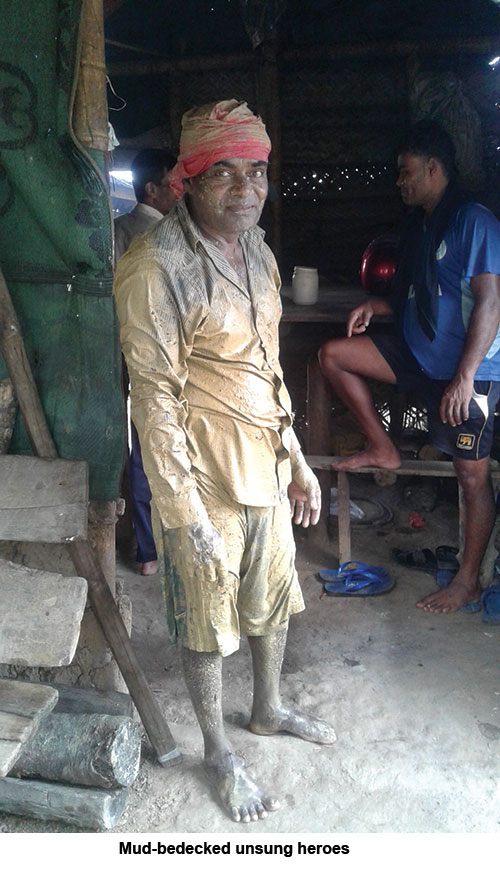 Sri Lankan gem mining industry still entails minimal equipment. It is still largely confined to the pumps which remove water which is accumulated in the gemstone pits and as of late the locally-designed machine which has replaced wicker baskets which once swirled in motion separating the residue material from illama and making the dreams of every miner and very mine owner’s come true. The locally made machine now mechanically washes the residue saving time of the manual washing off exercise.

A day in the life of a gem miner is an arduous one. Making a grueling journey to the depths of tunnels with the help of ropes, only illuminated by battery-powered torches and lights, miners toil for more than half a day in search of ‘luck’. Their only means of communication with those above them on land is by way of a pipe connecting the pits and the land level. We are told that even a wad of betel leaves or vita these miners depend on to fight hunger pangs, can be sent through this pipe! A perilous journey if the walls of the tunnel are unsteady, the lives are at stake if pits are flooded by water, trapping them inside. To ensure the safety of the miners and ward off the evil eye, several rituals are performed before a mine is excavated and sometimes throughout the process. Poojas and vows made to the revered Saman Devale in Ratnapura, the hallowed grounds of the land of gems, occupy a significant place.

An industry which is traditionally operative on a ‘profit-sharing-basis’, each stakeholder in it is entitled to a share of the profit if luck is on their side. The Mining Laws of Sri Lanka require mandatory mining license and once a license is issued, the mining of a certain property is carried out under the supervision of the license holder. The license holder could sometimes be the owner of the land or a third party. 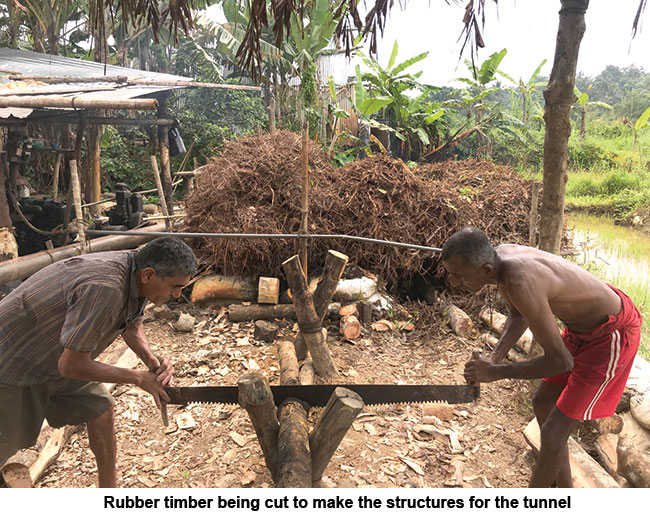 Though pathal kavi which once permeated the air of the land of gems are virtually obsolete today, the gem mining industry still retains its traditional flavour to a large extent. The gem mining trails which still remain an unexploited arm of tourism offer opportunities in abundance for the country. The revenue it will bring are multi-pronged; for the investors, tour guides, hotel owners and above all, these mud-bedecked unsung heroes who cannot claim a single sapphire or a ruby to call their own….

Really well written, as usual, and takes the reader deep into the tunnels where these hopeful miners sometimes risk life and limb to excavate for gems.