Each day countless children in this country are exposed to all kinds of dangers. These situations jeopardize and hamper their growth and development while they suffer immensely as casualties of all forms of violence. They are forced to abandon their homes and families and move into new surroundings where they suffer as secondary victims of neglect, cruelty, and exploitation.

Children deprived of care and protection are usually brought before the court which is their Upper Guardian. The Children’s and Young Person’s Ordinance establishes under Section 35(1) (b) that the Magistrate may commit him to the care of any fit person, whether a relative or not, who is willing to undertake the care of him/her. 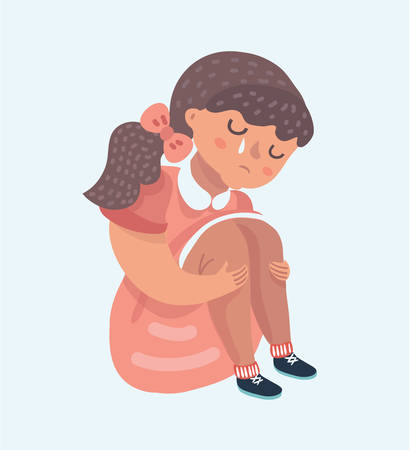 The Cabinet of Ministers headed by the President of Sri Lanka approved the proposal to implement the National Policy on Alternative Care of children in Sri Lanka. The National Policy is based on the United Nations Guidelines on the Alternative Care of Children. It also pays due attention not only to the UN Child Rights Convention but to the Sri Lankan Constitution , International Treaties and  recognized best practices.

The National Policy on the Alternative Care of Children outlines a comprehensive range of alternative care options that can be adopted for children in need of protection and care such as Family-based Care, Kinship Care and Foster Care.

The proposal for the implementation of the National Policy for Alternative Care of Children in Sri Lanka was approved by the President and the Cabinet of Ministers in Sri Lanka on 6th March 2019. The contents of it are yet to be a ground reality.

Despite a National Policy for Alternative Care of Children being in existence ‘on paper’ children suffer from the scourges of poverty, homelessness, cruelty, abuse, neglect and other forms exploitation.

Dilani was a teenage girl who was living with her mother. The mother died of cancer and Dilani was left alone. She was the only child and her father had abandoned the family and left the country when Dilani was very little. Dilani excelled in sports and was a good student. She lived in the school boarding and met a boy from a leading boys’ school and fell in love. Dilani became pregnant while at school. She started working in a factory till she was heavily pregnant. Dilani gave birth to Sheena; a beautiful baby girl. Dilani had to make a tough decision.

A children’s home was interested in having only her new born baby. Dilani had no support from anyone- but she made up her mind to keep the baby and face life as a strong, empowered young woman. She met the Chairperson of the National Child Protection Authority (NCPA) after returning from hospital with her baby. Through a court order she moved into the safe house of the Authority. Her husband was contacted and they decided to get married and today she is working as a government school teacher and living happily with her husband and two daughters. If the NCPA had not temporarily housed and looked after Dilani and her baby until she could stand on her own two feet, Sheena would have been a ‘nobody’s darling’ like the thousands of children who are languishing in the violent, cold, love-less spaces that people refer to as ‘Child Development Centres’ and in common parlance, Orphanages in Sri Lanka.

Kanthi was abandoned by her mother as soon as she was born. The little village tea kiosk near her house took the newborn baby and fed the little child milk from packets of Nestomalt and brought up the child. A woman in the village became Kanthi’s foster mother. But when she was ten years old, she ran away. She was placed in different orphanages. She grew up to be a very aggressive teenager. She was violent and diffident and was a misfit at school and at the orphanage. She started a love affair on the way to school and when there was opposition; she drank poison. An ambulance took her to a nearby Base Hospital where she was pronounced dead on admission.

Her ‘body’ was kept in the mortuary of the hospital and a visiting foreign doctor who was taken around the hospital on a familiarization tour saw her toes moving and sent her back to the ward where she was treated and sent back to another orphanage. The carers their bullied Kanthi for having a love affair with a boy was ‘on drugs’ and for not valuing her life. She was taunted by them daily. She ran away from the orphanage and went to a garment factory to ask for a job. They handed her over to the Police. A Policeman followed her to the washroom and sexually harassed her. She bit his hand and injured him. She ended up in Prison with hardened criminals and offenders charged under the Prevention of Terrorism Act. When her prison sentence was over she was transferred to a Remand Home.

When working with these child survivors and listening to their heartrending stories the words penned by our own poetess Jean Arasanayagam comes to my mind:

“Among fawns and grass and flowers

They should be playing, their bare feet

Of dusty spider webs, it’s here in this playful

Forest that wolves creep out….”

Monica Naumann in her monograph titled ‘the effects of institutionalization on children’ concludes her research in the following words:

“While Sri Lanka delays in improving its child welfare system, the children currently residing in its institutions are falling behind psychologically, cognitively and physically. Without the nurturing environment provided by a dedicated family, these marginalized children are at increased risk for mental illnesses, cognitive delays in intelligence and speech and physical delays in growth and motor skills. As these compromised children mature into adults, their deficits will only compromise the surrounding community. Sri Lanka as a whole will suffer the effects of its citizens who have failed to meet their potential with higher rates of crime, vice and another generation who fail to nurture their children. 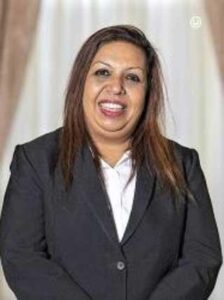 The writer is a lawyer and the founder of Sisters-at-Law which provides free legal services for abused girls and women and empowers them to integrate into society. One time Chairperson of the National Child Protection Authority of Sri Lanka, Marini’s advocacy has been internationally recognized.