One of Russia’s greatest writers- Anton Chekhov made a brief visit to Ceylon in November, 1890 but the visit stayed with him and he remembered his short stay here in his letters. Chekhov’s  stay in Ceylon was on his return journey from the Russian penal colony at Sakhalin in Siberia. 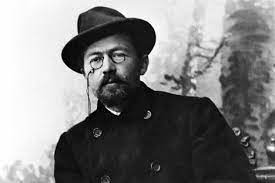 Sakhalin was a penal colony to which ‘lifers’ were banished; their families were sometimes allowed to accompany them. It was remote, a bitter and inhospitable region and despite the advice of his friends, Chekhov persisted in his plans and set out in April, 1890 to visit the inhospitable place at a season of year when the journey across the waste of Siberia was less rigorous than it would otherwise have been.

In his own words he went “to Sakhalin in order to write a book on our convict settlement there.” He had been awarded the Pushkin Prize in 1888 and had made a reputation for himself through his newspaper sketches and stories as a writer with a keen interest in humanity and an eye for idiosyncratic human types.

He spent a little over three months there, arriving on the 11th of July and leaving in October just as the long winter heralded its approach. Of his experiences in Sakhalin, the census he carried out, the persons he met, he gave an account in his long sketch of the island which was published in eight numbers of a Russian magazine between October, 1893 and July, 1894.

Chekhov with the mongoose he adopetd from Ceylon

On his way back, in 1890, the ship in which he travelled touched at Japan, Hong Kong, Singapore and Colombo. From Colombo it took 13 days to Port Said. And from there he returned via the Black Sea to Russia. He was back at home in December 1890.

Sakhalin turned Chekhov’s innermost conscience sour. In a letter he wrote to on his return to Russia–the letter of 9 December 1890-he speaks of having a bitter feeling in his inside as of rancid butter. Nor did the depression lift on the voyage away from the penal colony. In the China Sea, according to his brother, Michael, there was such a storm that the ship listed terribly, and Chekhov had a pistol ready to shoot himself rather than be the prey of man-eating sharks if the ship foundered.

He contrasted the English colony with the new Russian he had met on his journey to Sakhalin, much to the disadvantage of the latter.

Galle Face Hotel’s plaque in honour of his stay

In Singapore the depression deepened, and of it he could recall little. But in Ceylon it was different. Here he was in Paradise. “Then came Ceylon,” he wrote to a friend , “ a place where there is Paradise.” Perhaps its ‘paradisal’ qualities were given it by his memories of Sakhalin and the voyage thither. We do not know. But the short account he gave of his stay in Ceylon speaks of wonderful weather, the moon on coconut groves, and that most important adjunct of every paradise-woman.

He travelled some distance on the railway. Where did his journey take him ? Not towards Negombo or to the South, because he speaks later of the magnificence of the mountains and the precipices, when he wrote to his sisters from Venice on the 25th of March, 1891 : “ The  mountains, precipices and snowy crests I have seen in the Caucasus and Ceylon are much more impressive than here. After Singapore, Ceylon and our own Amur, Italy and even the crater of Vesuvius do not seem especially important. After being in India and China (he never was in India, it is Ceylon he is referring to) I did not see a great difference between the other European countries and Russia.” 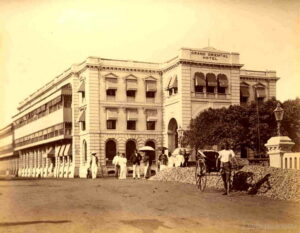 Very definitely Ceylon stuck in Chekhov’s thoughts. He was quite emphatic about it to another letter.  “I was in hell—Sakhalin-and in Paradise, which is to say the island of Ceylon .There (in Ceylon) I sat myself till  I was fed up with the back-teeth with palm forests and bronze-coloured women. If I shall have children, I shall tell them, not without pride : “You, sons of bitches, in my time I had relations with a black-eyed Indian woman, and where? In a coconut grove on a moonlit night. “

What did Chekhov take away with him from Ceylon, besides a memory of Paradise, bronze-coloured Eves, and it’s exhilarating natural beauty ? His brother, Michael, wrote that Ceylon made a profound impression upon him. Perhaps wracked by insomnia, as he was, when his illness took stronger hold upon him, he recalled the coconut trees in the moonlight, fireflies, and the queen of the night-the dark woman he knew there.

Yet, for a time, after he left Ceylon Chekhov had something, he took with him to occupy his thoughts. He fell in love with the mongoose and took three of the “charming beasts” back home with him.

The mongoose were a constant source of pleasure and wonder to Chekhov and his friends. Michael thought that they were “by nature predestined to spoil, break and destroy everything they could get hold of. They scratched with their claws in the smallest cracks and stuck their noses everywhere.” They nested in the top hats of his friends, and investigated the fingers of gloves and delighted and horrified visitors to Chekhov’s country house. One lady was so nervous of them that she enquired whether the mongoose ate human beings. Perhaps she had heard this on good authority.

The cold affected one of them, and he nearly died. But he recovered and started breaking crockery again with unfailing regularity. One died, and Chekhov, tired of them, presented the two which remained to the Moscow Zoo.